On 21st of May is always my birthday. You can’t imagine how my heart sparkle to make it through another year. Family and Friends all over are prepared to pass their wishes, please send also gifts. Oh! Let me not forget the typical African way of being “baptized” , talk of buckets of water. It’s hard to picture socked with clothes on.

But look not the normal birthday as such , I had bitter life pills to swallow. I think what I have experienced for the last 12 months, Christians would say,” a transformational period worth testifying. ” let me not forget the good times and things that made me smile, kept me grinding in order to give life a forward acceleration.

Trust, is hard to establish,as a matter of fact more than hail. It can take ages just to convince oneself that you trust another person, to some even lifetime. Annoying fact , the gained trust can be shattered in less than a second, healing from that is like trying to fix the veins of a cracked glass. Talk of a messed trust I have been their. I have realised that people who spend time curving their own egos, who pay little attention to real life, who only use their eyes to see and not reciprocate positively can haunt your trust. They can easily be pieces of crap, who at any point can spit Venom from their words. Being the ones who seem to have a say, in their cocoon, expect nothing short of a tarnished name. But how do we deal with these “short-wired” people, how?

Friendship is golden. It’s worth is more than a Pulitzer award. My friend zone is inflating like daily, thanks to WordPress, I have new people i call family from diverse walks of life. My friends are among the best people in the universe. I love you all. They also turn my world to be the best. Make me feel I’m living a life not a lie. Being human, their is exception, some are just sucker’s! You will never see them unless at the sight of their trouble. They will never call or even text unless you do, never check on you as much as you do. They’re fake. Should I garbage these fake friends or let them stay ?

Emotional trauma can wipe out the real identity of a person.

Talk of emotions , I will tell you I have been their. Relationship , losing the one I loved, accompanied with even heart breaking decisions just inflicted even more pain. Forget , I’m over that , moving forward with many lessons. Ain’t that emotional scourge.

Don’t get faded with my pep- talk of all the experiences, no more, although they made me grow. I wanna share the joy, this day, please also share the joy with me. Of course I love good music , guys send me some. Since I don’t have a plot , no bash, I mean party, music will fulfill the fantasies. I crave for only goodluck charms, I don’t wanna be a black sheep because a deep conviction of good tidings throughout the next year of my life.

We live to share, spread the joy, in fact I’m not that selfish person. I’m thinking this birthday I should also share with those less fortunate in my society. Let me get a little bit spiritual “ I wanna touch a heart, wanna bless a soul”. This will grant my heart utmost piece of heart. I’m sure, I will smile trust my words.

Let’s go ,let your wishes flow, gifts I’m waiting. Happy belated birthday to me, I wanna have a good one.

Men and women are different. We have different hormones, different sexual organs, biological abilities. Women can have babies men can’t, they have testosterone and are in general physically stronger than women.

We have different gender roles. The gender roles are social roles encompassing a range of behaviors and attitude that are generally considered acceptable, appropriate or desirable. They are centered on conceptions of feminism and masculinity .

The different roles started changing during the world war 2, women got first exposure to jobs outside the home, husbands fighting.

The balance I think has never been achieved that is why we have different gender empowerment programmes. The idea of feminism arises at this point. The feminist believe that in a society their must be equality of the sexes.

There’s slightly more women than men in the world, about 52% of the world’s pop is female. But most of the positions of power and prestige are occupied by men. The equation to hit the equilibrium, in some countries like Kenya, they have a 2/3 gender rule to all employment positions. But should it be imposed or it should come naturally?

“The higher you go the fewer women there are”

In lilly Ledbetter law, and if we can navigate nicely alliterative name of that law, it was really about a man and a woman doing the same job, being equally qualified and the man being paid more because he’s a man. So in the literal way , a man rule the world. This made sense a thousand years ago, because human beings lived then in a world in which physical strength was the most important attribute for survival. The physical stronger person was more likely to lead, and men in general are physically stronger; of course there are many exceptions.

But today we live in a vastly different world. The person most likely to lead is not the physically stronger person, it is the more creative person, the more intelligent person, the more innovative person and there are no hormones for those attributes. A man is as likely as a woman to be intelligent, to be creative, innovative. We have evolved but it seems to me that our ideas of gender had not evolved.

Gender as it functions today is a grave injustice. We should all be angry. Anger has a long history of bringing about positive change, but in addition to being angry , I’m also hopeful. Because I believe deeply in the ability of human beings to make and remake themselves for the better.

Gender matters everywhere in the world. Would like to ask that we begin to dream about and plan for a different world . And this is how we start: we must raise our daughters differently, we must also raise our sons differently. We do a great disservice to boys on how we raise them, we stifle the humanity of boys. We define masculinity in a very narrow way. Masculinity becomes this hard, small cage and we put boys inside the cage.

How should we raise our children so that they don’t fall victims of a wrecked society? We teach boys to be afraid of fear, weakness , vulnerability we teach them to mask their true selves because they have to be “hard man!” In university , a boy and girl would go out and then the boy would be expected always to pay to prove his masculinity . And yet we wonder why boys are more likely to steal from their parents.

Photo showing boys being taught to be “hard man!”

We also do much greater disservice to girls because we raise them to cater to the fragile egos of men. We teach girls to shrink themselves to make them smaller, we say to say girls

“You can have ambition but not too much”

” you should be successful but not too successful, otherwise you would threaten the man”

But what if the question the premise itself , why should a woman’s success be a threat to a man? 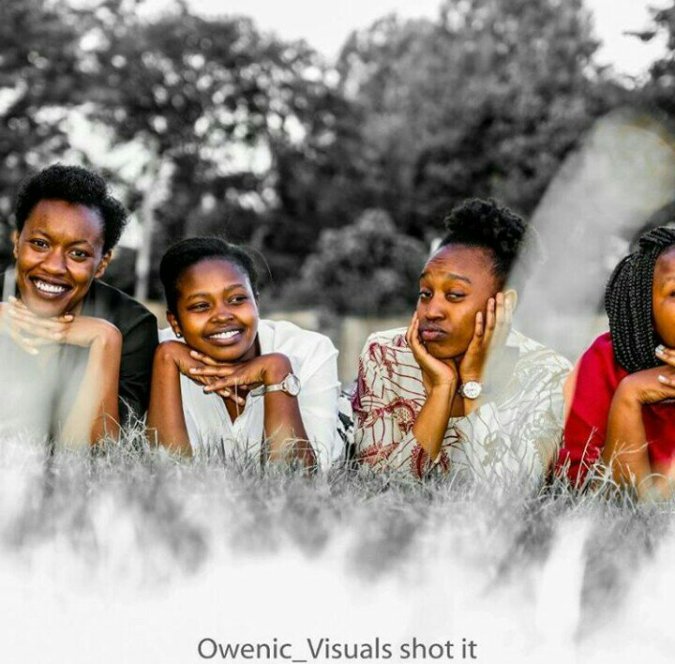 The problem with gender is that it prescribes how we should be rather than recognizing who we are. Imagine how happy we would be if we didn’t have the weight of gender expectations. I’m not despising it’s value, but just imagine for a minute that we see people according to their capabilities?

A feminist, don’t confuse with the female gender, strives to attain a physical, ideological, economical ,political and social equality of the sexes.